Good morning! 9:16 and 35 degrees on this dreaded first day of the workweek. I always think, however fleetingly, about the folks working in the unemployment office, since I was once one of them. Glad to find out that some of my brethren are now in a nice quiet location.

Wondering, in a few cases, why the hell they haven't retired. Then again, if your job is free of stress, it's a lot easier to hang in there. I could've hung in there myself, even in the crazy local office, if I could've scaled down to  just a couple days a week. But it was all or nothing. And nothing sounded pretty sweet to me. Thank you, State of Illinois, for all you've done for me. But adios!

Music news. Two new albums set to release this coming month. One is supposed to go up on Wednesday. It's called Concert Music, and is much like a Band Concert you might hear in a Park, only weirder. CD Baby is still dicking around with this one, as far as approving it. The other one is more electronic, and is all set to go. It's called Up Through the Up Pipe. Supposed to release on the 16th.

These past two years have been nutty prolific as far as albums. Part of it has been the isolation we've all been through with COVID, being more or less forced back into our houses. But I also feel like I've tapped a vein. So I'm continuing to go for it.

As far as playing out anyplace, I have attempted a comeback. I got in one solo guitar gig downtown, and then things cancelled on me. So I figure I'll take another look at things in the Spring.( Yes, a Cold Weather Wuss am I..) In the meantime, I'm still practicing, and still playing guitar with friends at their homes or mine.

Back in the BC years--before COVID--I played a lot of Nursing/Assisted Living gigs .One thing I liked about them  was that you had a captive audience. They sat there and listened. Okay, some folks didn't have much choice in that matter, but the more able-bodied would get up and dance.

The ideal gig, for me, is one not only where people actually listen, but also where the band is interactive and makes something happen in the music. Not wanting to do any more background music--even though you usually get fed pretty good..

Okay. My two cents. Thanks as ever for stopping in and reading. I do appreciate it! Happy #%$@ Monday to you! For now, I'm outa here. More later. 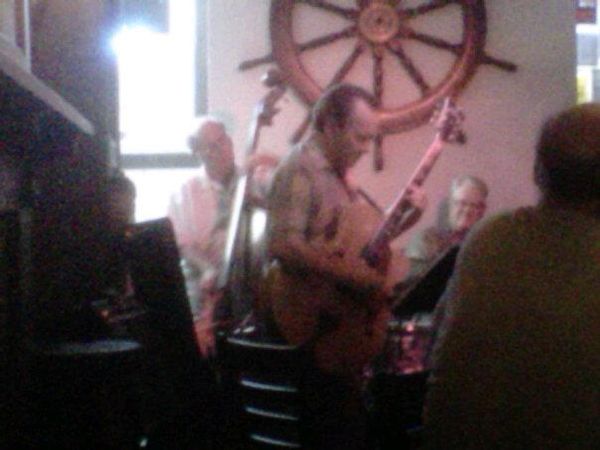